It can be hard to get a toddler to focus on anything for more than 2 minutes, and it can be frustrating when you spend a lot of time preparing an activity only to have it abandoned within minutes. But today I want to share with you the beauty of open ended play for toddlers!

Open ended play for toddlers is simply play without boundaries. It is based on the child’s imagination and is all about experimenting with play in any way your child chooses. For example, presenting your child with a bag of seashells and allowing them to play with no set format.

At first, open ended play may seem like a difficult transition, especially if you as a parent like to be in control. But the joy of open ended play is that once you embrace it, the benefits for both you and your child can be extraordinary!

We’re going to take a look at some of those benefits in this post, as well as lots of ideas for how you can introduce more open ended play into your schedule.

What is open ended play for toddlers? 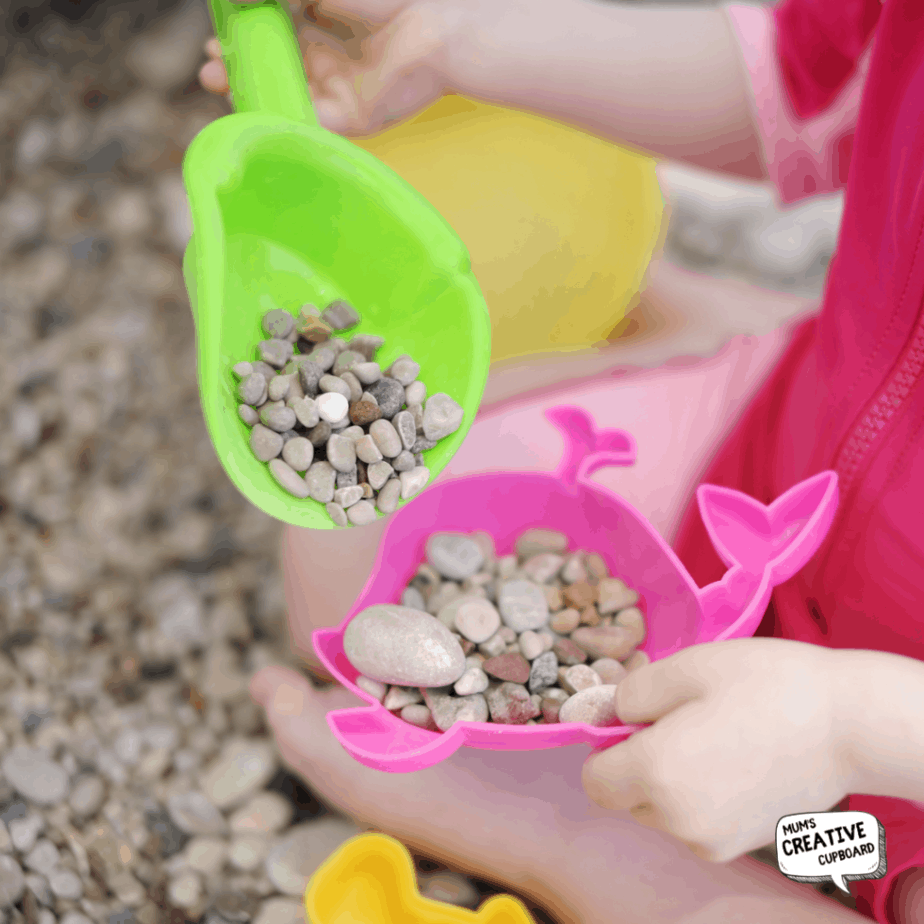 In the same way, a jigsaw puzzle has a very clear outcome – this falls into the closed play category.

For example, if you sit down with your toddler to make a paper plate face – this would be considered closed play as you have an intended outcome for the play activity (I’d like to add at this point that I see a need for both types of play and this is not to suggest that this type of craft is in any way bad).

So what then is open ended play? Well open ended play for toddlers is all about opportunity. Allowing your child to have the time and space to be creative in their own way, to experiment with different objects, to try new things, and to learn how to problem-solve independently.  Let’s take a look at what open ended play benefits there are to help us better understand the concept.

What are the benefits of open ended play for toddlers?

Open ended play is a big part of the way your child will learn and develop new skills, here’s how:

So we know that open ended play is good for our toddlers, but how do we go about introducing it if we’ve never tried it before?

Open ended play and Where to start

The great thing about open ended play is that you don’t need a lot of toys, or anything particular to get started. As imagination and creativity are at the heart of it. That being said, you probably have a lot of toys already that are considered open ended, you just may not have used them in that way

For example, magnetic tiles are a fabulous open ended toy, but only when intentional. It can be easy to get them out and then decide to build a tower with them or create a house. But for the purposes of open ended play, you would simply let your child play without suggestion or an end goal.

You may be surprised what they come up with (although this is not the aim, the focus is on your child learning and discovering) 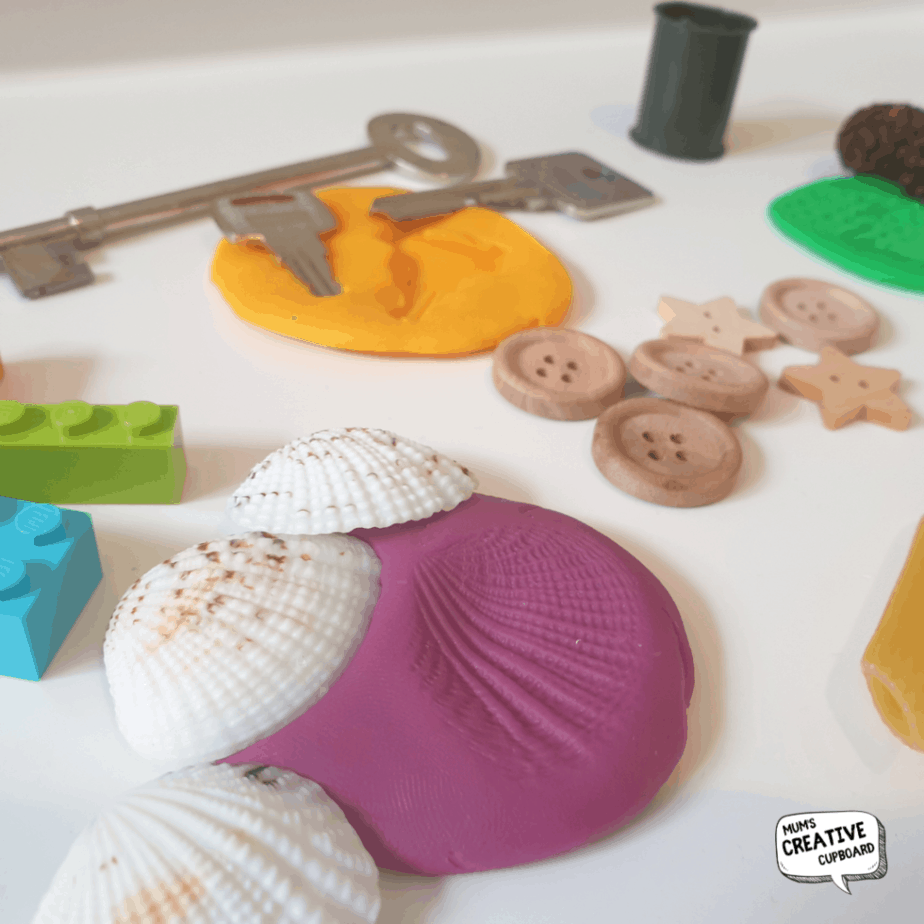 Loose parts are the easiest way to begin with open ended play, as you can use almost anything and they often provide much intrigue for little ones (obviously supervision is still required even for independent play with little ones and small parts). Here is a list of some of our favourite loose parts for encouraging independent play: 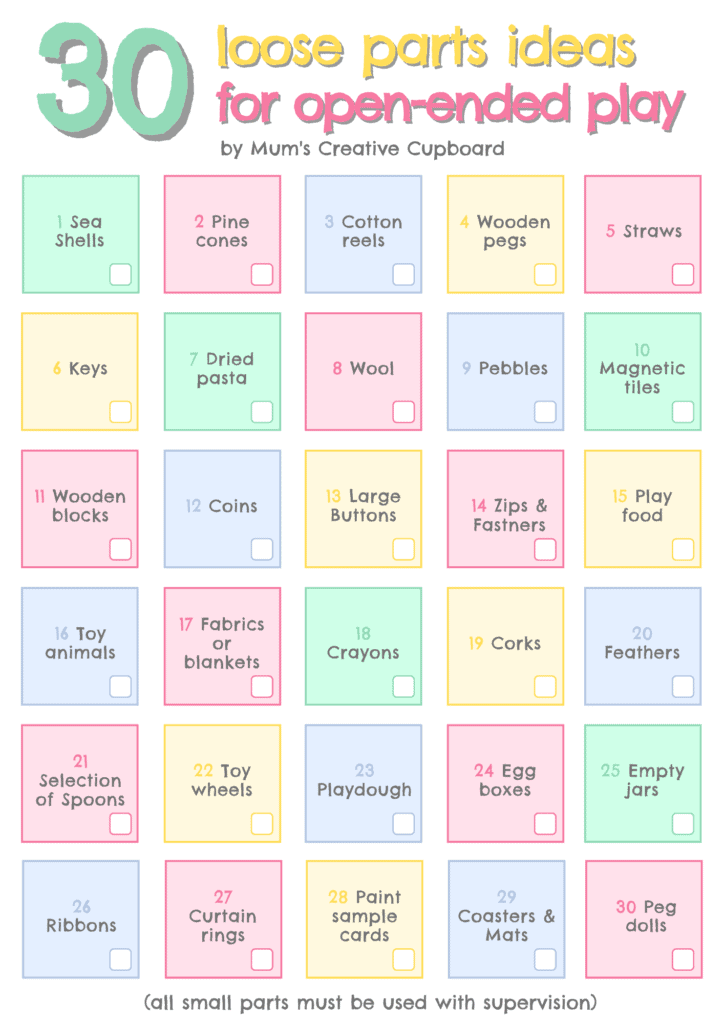 Loose parts are a great way to get started with open ended play as they have no structure, and it simply abut being creative with what you have. But you may find that you have a  lot of toys that you would like to make use of – and sometimes it just takes a little thinking outside the box to make things that would once have been considered closed play toys and making them part of your open ended play times.

You may have wooden train tracks that your toddler loves to play with, and no doubt you’ve had fun making some awesome layouts with them for your little one! This is great for small world play and can really bring out a child’s imagination – however you could also make this an open ended toy.

Instead of reaching into the box and starting to make a track layout – allow your toddler to have a go and see what they decide to do with the track piece – they may not even want to make a track and that’s fine – just allow the to explore!

Other toys that you could use for open ended play by NOT making suggestions for play:

This last one is one that I found hardest – I love my crafts to have an end goal and giving my child-free reign with crafts supplies freaked me out – but it really is a great way to encourage creativity in your little ones (and you can always repurpose them to make them into keepsakes!)

Open ended play for toddlers in a nutshell!

Open ended play is left to the child’s imagination and has no boundaries in terms of play and creativity.

Loose parts are a great way to begin with open ended play for toddler as they provide intrigue and it often easier for us to step back from this kind of play as opposed to more formal toys.

Lots of toys can be used for open-ended play so long as there are no end goals implied. Allow your child to repurpose and play as they choose and watch the magic happen!

I hope you and your little ones have a lot of fun trying out some of these ideas! And don’t forget to grab the loose parts free printable to stick on your fridge for inspiration! 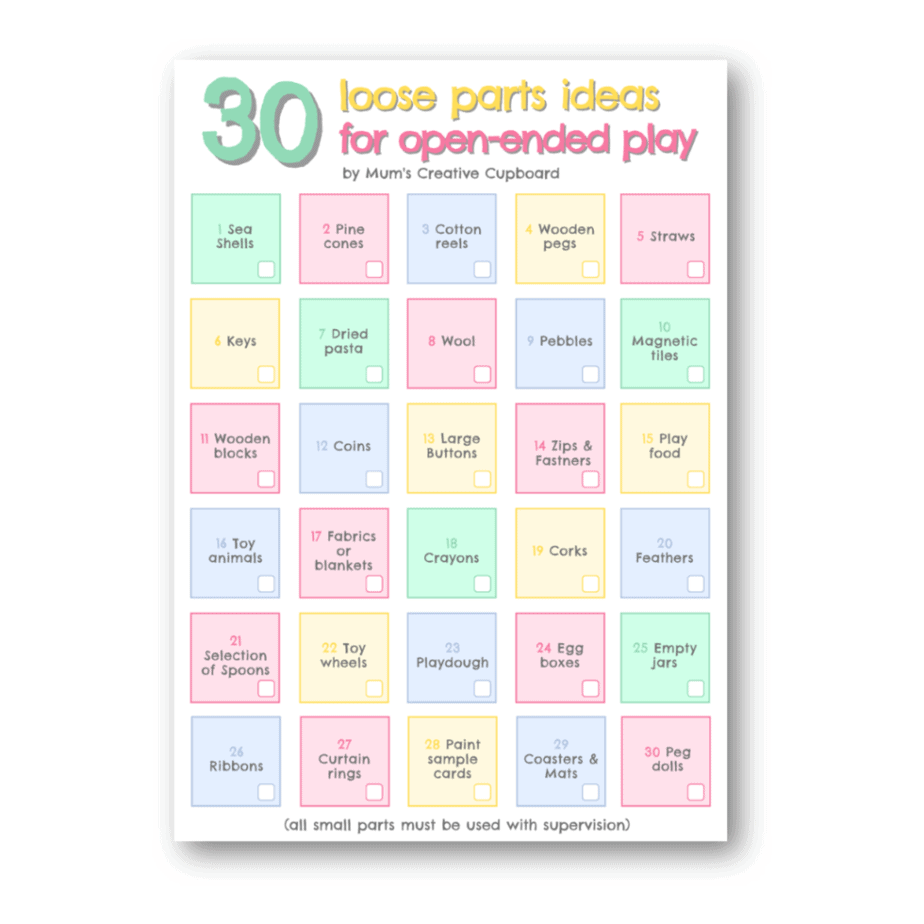 Use up your Pumpkin Seeds with these fun crafts for preschoolers! 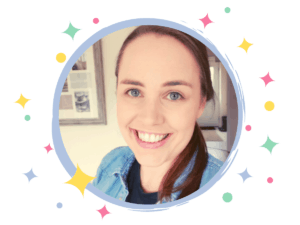 Hi! *waves* I’m Louisa, and I work with time-stretched mums who struggle to find play activities perfect for their little ones. I show mums how to create step-by-step simple play, while sprinkling in a little learning along the way!